Alcoholism and addiction are rarely permanent—they are more likely to be so if you are convinced that they are. 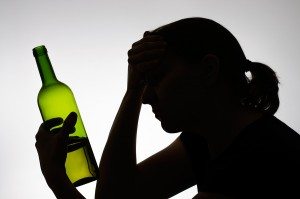 Before I refute these, I need to note that, despite all of the modern theorizing about addiction as a unified concept, we continue (illegitimately) to put alcohol and drugs in separate categories. Alcoholics are born, we believe. Drug addicts are made. But, in either case, this becomes their identities: “I am an alcoholic/addict.”

One fact disproves ALL of these theories. And it is irrefutable. Overwhelmingly, addicts and alcoholics get better, as Ilse Thompson and I stress in our book,Recover! Stop Thinking Like an Addict. Most people overcome alcoholism and addiction without treatment. We have known this since we began studying addicted and alcoholic lives—that is, what happens to those addicted to drugs and alcohol over time. Any professional or facility that isn’t familiar with this research is guilty of malpractice.

Here are the top seven pieces/types of research showing that alcoholism and addiction are impermanent:

Using NESARC, Dawson and colleagues examined data on people who experienced the onset of alcohol dependence at some point before the year prior to the survey. In this sample, 25 percent were still alcohol dependent, 27 percent were in partial remission, 12 percent were in full remission but drinking at levels or patterns that put them at high risk for relapse, 18 percent were low-risk drinkers, and 18 percent were abstainers during the year prior to the survey. It is interesting to note that only 25 percent of these respondents reported ever receiving treatment. (And only half of those AA or 12-step rehab.) So, if three-quarters of alcoholics cease being alcoholics, not usually through undergoing treatment or AA, and more than half continue to drink—what happened to that pesky alcoholism gene?

Longitudinal studies of alcoholism.If you follow a cohort of alcoholics in their natural settings, what do you discover over time? Several studieshave (and continue) to do so. Their findings are similar: people outgrow alcoholism if their lives improve, they develop motivation and a positive outlook, they get married and have children. And they don’t relapse! This is the opposite of what is observed in treated populations. According to Madeline Meier, at Arizona State University, “Based on our representative sample, relapse does not appear to be as ubiquitous as one might expect based on estimates from clinic samples.”

The Life Process Program was developed by Dr. Stanton Peele to provide an alternative option to the standard treatments such as Alcoholics Anonymous (AA). He wanted to create a viable alternative for those that do not agree with the 12-step philosophy or did not find success with the steps. You can try it for FREE with a 14 day trial: