Lindsay Lohan Gets Normal: So Can You with the Life Process Program 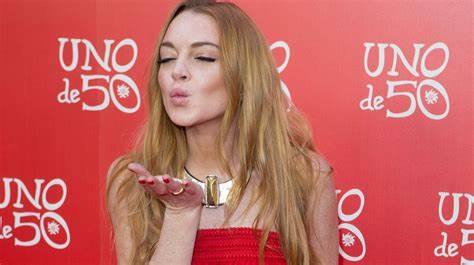 There are two ways of viewing how people emerge from addiction: the “recovery” route, where people fight an “illness” forever, versus the natural, developmental one. In the latter case, the person progresses naturally by maturing and gaining a sound grounding in life.

Lindsay Lohan illustrates these alternative views. Lohan was once regarded as the most incorrigible of young actress alcoholic-addicts gone wrong. I described this view of her in 2021, based on her problems through her twenties:

Then came the troubled Lindsay, who—still making films and music—took over managing her life from her troubled parents. Self-management didn’t work well for Lohan, and she was hospitalized in 2006, aged 20, for “exhaustion” while filming, leading to her being deemed unreliable by Hollywood producers. This crescendoed into a series of drunken episodes and traffic arrests, court involvements and repeated rehab stays.

Thus Lohan entered a period when she was regarded, and regarded herself, as alcoholic, including attending AA. Oprah Winfrey interviewed Lohan in 2013 after a recent stint in rehab and elicited a somewhat hesitant acknowledgement from Lohan that she was an “addict.” In 2014 Oprah produced an eight-episode docuseries, Lindsay, in which Lohan did not appear altogether self-possessed, with repeated reports that she had been partying and drinking.

But, from the start, in the Wall Street Journal in 2007, I have described an alternative path for her:

Ms. Lohan needs to grow up, realize her talents and find ways to fill her time that aren’t self-destructive. Coming to see herself as an adult, accepting responsibility, and developing pride in her skills are difficult but time-tested therapeutic techniques. These are things Ms. Lohan won’t learn in standard treatment programs.

By 2021, as I showed in “The Reassuringly Normal Recovery of Lindsay Lohan,” this path had come to fruition:

As people age, accept adult responsibilities, and assume age-appropriate maturity, which can be sooner or later in the context of different lives, most grow out of addiction. Whether or not they are in a program or drink is not the primary source of their wellbeing. Having a purposeful life is. And this is the true recovery story.

People were suspicious about whether this had occurred for Lindsay. Now Cosmopolitan has published a day-in-the-life piece titled: “Eight Hours With Lindsay Lohan.”

In which the icon—and new Cosmo cover star—digs into her first Netflix project, surviving early-2000s paparazzi, her friendship with Al Pacino, married life in Dubai, and what comes next.

Lindsay is finally being accepted as a regular human being, a personhood to which even those with the worst addictions can aspire.