An interview with a fictional newscaster 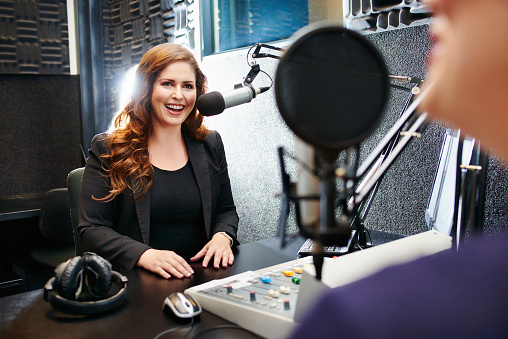 I often fantasize about having an honest conversation with the type of news correspondent (virtually all of them) who believe addiction is a brain disease— that some are genetically predisposed to become addicted if they ever touch a drug. Likewise, these newscasters regularly describe the dangers of alcohol. In this daydream, we turn the cameras off and relax the social pressure for the newscaster to vilify drugs. I think that the conversation would go something like this:

Me: I really paid attention when you reported WHO’s announcement that there is no safe level of alcohol — which is to say, “Don’t drink!” You delivered the “news” without commenting.

But I saw a clip where you were presented a career achievement award. Everyone at the table had a wine glass.

Senior Correspondent: You’re not going to have a formal dinner without wine being served — at least when news and media people are involved! (Chuckles.)

Me: Do you drink wine regularly?

SC (hesitantly): As a matter of fact, I enjoy a glass of white wine when I sit down to a meal at home. Or when I’m at a restaurant on assignment. I consider it one of the pleasures in life.

Me: Do you limit yourself to one glass?

SC: I never have more than two — unless I’m at something like a correspondent’s dinner, which can go on all evening.

Me: How many do you have then?

SC: I guess I’ve had three or four.

SC: There might be a cocktail thrown in. Even a beer sometimes, when it’s hot outside.

Me: Aren’t you worried about negative health consequences?

SC: Not really. I have a healthy lifestyle. I exercise regularly and I’m very diet conscious. I actually wear the same dress size that I did in college.

Also, there’s been no breast cancer in my immediate family.

Me: You know, not only does WHO say that no level of alcohol consumption is safe. But the U.S. Dietary Guidelines specify that women should have no more than one drink a day.

SC: I like to give myself some leeway. Like although I follow healthy guidelines, I’ll have white rice or some other empty carbs for lunch some days. You can’t nail yourself to a board when you’re sprinting around all day doing a hundred things.

I guess I feel that all of these guidelines are exactly that — limits that you should keep in mind but not beat yourself up over.

I feel pretty good about my health. I’m over 75 and still conduct a daily broadcast and do additional reporting. I recall that my parents (my father actually) retired in his early 60s. After that they pretty much stayed home, except for maybe every-other-weekend movies, sometimes with friends. And then there were large family dinners on holidays.

I appreciate my parents and all that they did for me. I certainly don’t think that I’m better than they were, after all they went through — the depression, World War II. But for those very reasons I don’t equate my life with theirs. I just feel I fit into a more active lifestyle as a senior citizen than they did.

That is a privilege they helped me to achieve.

Me: Did your parents drink at home?

SC: Not really. They didn’t have wine with dinner. I remember my father had a couple of bottles of spirits, and every once in a while he would have a snifter. Maybe after a tough day at work.

And occasionally in the summer we’d go to a barbecue with neighbors, and he’d have a beer. Maybe once in a while even my mother would have one. My parents were— I am — Jewish. Not observant, more just by identity. But I do remember wine being served for holidays, or at special occasions like weddings or bar mitzvahs.

SC: I can’t remember a single member of my family or community who wouldn’t have some wine, or sometimes champagne. Nowadays, although alcohol is present at every social occasion I attend, I’m always conscious that there’s at least one person present who’s “sober.” We all tread carefully around them, even though they are at pains to tell everyone else present to just drink what they want.

You know, I don’t recall seeing anyone ever at a family celebration drunk. And, really, maybe people get chattier, but no one gets drunk at these media events I go to.

Yet I know that a couple of people have been in rehab. They must be hyper aware not to seem out of control on company time. These are a very serious group of people, even when they’re having fun.

(Thoughtfully) I guess that I’ve always been a nerd, or privileged, or whatever you want to call it. I had a scholarship to an Ivy League college. I commuted from home the first two years. I never actually went to a frat party. And no one I hung out with did either.

I sometimes wonder whether I missed the 1960s, or all the partying since. I’ve maybe been typsy a few times in my life. And I’ve seen people drunk on campus at college or occasionally in the street. But I’ve never been in a room with someone who was out of control.

I feel that I have no right to comment when a discussion of rehab and recovery comes up. I just wouldn’t have anything to say.

When I’m interviewing a prominent politician overseas, alcohol is nearly always consumed. Not in Moslem countries. But certainly in Eastern (and Western) European ones — Russia and Poland especially — but all of them. And China, Korea and Japan in the Far East.

I sometimes can’t believe how many toasts there can be! I try to just sip a little with each toast. But I’ve never seen a foreign diplomat drunk. Being able to handle alcohol seems to be a job requirement. I mean, you don’t want to give away some state secret! And you wouldn’t want to be out of your senses in the presence of [names an extremely vicious tyrant], not if you want to keep your head connected to your body!

It’s funny — I haven’t thought or spoken about alcohol this much in my whole life — at home, in college, at work, on overseas trips (aside from sometimes observing how much alcohol is consumed).

Me: Sorry! I’ve got alcohol on the brain!

Although my own experiences are a lot like yours. I grew up in a Jewish home where people drank the way you described. And I don’t know if you’re aware of it, but you and I graduated the same year from————-.

SC: Really? I didn’t know that.

Me: Why would you?

SC: Anyhow, this discussion just makes me aware of how people live in different universes, which is something I often think about politics, national and international. And never the twain shall meet. Each side has no idea what the other is talking about.

The more I think about it, the same is true for alcohol. People have entirely separate outlooks, in terms of how they experience and react to alcohol. It depends on their family and cultural background, their involvement in work, who they socialize with, the different cultures they immerse themselves in. It’s remarkable, really, to think about it. It’s almost like you’re discussing a different thing from someone with a different background, from another culture, or who works in a different environment with different kinds of people.

Me: Tell me about it!