On Love Addiction in Middle Age and Beyond

The cautionary tale of love lost late in life via Sean Penn and Charlize Theron. 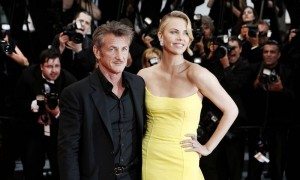 As the author of Love and Addiction (a book published in 1975 that sold steadily for decades, and was just re-released on Amazon), I have witnessed, with fascination, Sean Penn’s rocky marital history, capped by Charlize Theron’s recently breaking up with him due to his controlling-ness. Reports are that Penn was committed to the relationship, planned on marrying Theron, vowed to change his demanding, controlling behavior, but could not, and was (and is) devastated by the break-up.

I think this story of a prominent love addict says something about the nature of addiction, love, and the persistence of a dysfunctional impulse towards love that many of us experience. And, yes, at age 69, divorced after being married for 30 years with three kids, two of whom are now in committed relationships, I know this terrain well.

The thing is, as I repeatedly point out in my current work on addiction, people most often age out of their addictive habits. They quit smoking, stop staying out late drinking in bars on weekends, and usually quit snorting cocaine, due very often to their commitments to their families, as well as to the emotional balance that overtakes most of us with maturity.

There are middle-aged addicts and alcoholics, just far fewer of them. In a 2012-2013 national study of more than 35,000 people by the National Institute on Alcohol Abuse and Alcoholism of people diagnosable with an alcohol use disorder (AUD), the percentages of people in each age cohort characterized by a severe drinking problem declined precipitously, despite only a small minority (a fifth) having received any form of treatment for alcohol abuse. Of those 18-29, 27% had a past-year AUD. Of those 30-44, 16% had one. Of those 45-64, 10%. Of those 65 and older (my age), 2% did.

So, if love addictions followed the same profile as alcohol, mature people, like Sean Penn and I, should be far less likely than we once were to respond addictively to love.

We can review Sean’s first two marriages for his feelings and behavior for evidence of how he responds to his love impulses.

But, before doing so, let’s first quickly recap his acting career and political and social activism. First noted for his comic role as “Spicoli” in Fast Times at Ridgemont High, Penn went on to acclaimed critical roles in movies such as Dead Man Walking, and won Academy Awards for his roles in Mystic River in 2003 and Milk in 2008. And, of course, he has been noted for committing his time, money, and reputation to political activities in Latin America, and to his humanitarian work (with Theron) in Haiti following its devastating earthquake.

And, now, back to the personal. Penn wants a committed relationship. In his twenties, he was engaged briefly to Elizabeth McGovern before entering his tempestuous marriage with Madonna, which ended in 1989, before he turned 30. A disturbing episode at the end of that marriage commenced with Penn being charged with tying Madonna to a chair and abusing her for hours, for which he ultimately pled guilty to a misdemeanor charge.

What could make a person do that?

Perhaps even more telling was Penn’s relationship with another distinguished actor, Robin Wright, who sacrificed her career as Penn fathered two children with her. Their first child was born in 1991, a second in 1993, although the couple didn’t marry until 1996. Penn and Wright later underwent a series of legal separations and reconciliations, finally ending in divorce in 2010.

Most telling was the then 52-year-old’s reprise of that marriage and his entire love life in an interview in Esquire:

“There is no shame in my saying that we all want to be loved by someone. As I look back over my life in romance, I don’t feel I’ve ever had that. I have been the only one that was unaware of the fraud in a few of these circumstances blindly. When you get divorced, all the truths that come out, you sit there and you go, What the hell was I doing? What was I doing believing that this person was invested in this way?”

That interview is titled, “What I’ve Learned.” What does Penn want that he seemingly can never have, but never gives up seeking? A perfect relationship where he is loved ideally, even while his demands for love can never be met, to which he reacts angrily, even violently.

Penn is a disgruntled lover, including in his relationship with the mother of his children who sacrificed her career for nearly two decades. She didn’t seemingly love him enough!

And, so, we return to his recent break-up with Theron, which was described this way inin Touch:

“The single mom is “very self-sufficient,” the insider explains, adding, “She doesn’t need a man to help her with anything.” Even though Sean allegedly resented her independence, the insider says he tried his best to change — but to no avail.”

Still, at 54, wanting a talented woman (one who has a child of her own) to be dependent on him, finding her emotional independence challenging, and—no doubt—feeling that his love was violated, his commitment not reciprocated.

And this, as Archie and I lay out in Love and Addiction, is the basis, or the expression, of people whose insecure attachment to a lover takes the form of constant demands for loyalty, commitment, devotion. Yet, that kind of commitment is self-defeating. Some women might bow to those demands—then what?

An independent actress like Theron, now age 39, who has been raising a child on her own, as well as achieving stardom in their profession, is not a good candidate for that role.

Why, then, has such a talented man failed to mature beyond this incessant expression of his emotional needs? Why haven’t his acting success, his previous relationships, his parenting two children, his engagement in political and social causes, slackened the hurtful intensity of his desire? That topic is beyond the scope of this discussion, and requires insider information that only a therapist or emotional intimate would know.

But perhaps we can peer into our own lives, those of us divorced after long marriages, who may or may not have formed subsequent committed relationships, to know that endless ache. And how can quitting cigarettes, alcohol, or heroin match up in comparison with a feeling of receiving insufficient or inconstant love as a child?

Article by Stanton Peele for The Fix.