Love addiction is worse the second time around. 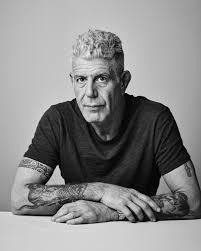 Anthony Bourdain hanged himself on June 8, 2018, at Le Chambard Hotel in Alsace, France. He was on location for a shoot for his cable food and travel show, Parts Unknown. He was 61. He had an 11-year-old daughter.

What killed Bourdain? I had written of his former heroin and cocaine addictions, which he had eventually remedied himself, while he continued to drink and to smoke marijuana. So much for his recovery, many people taunted me.

But his toxicology report was negative.

What else might he have been addicted to? Love?

He had been involved with Asia Argento since early 2017.

“His love for her was evident among the people who worked with him. ‘He would rave about Rome, where his girlfriend lived,’ Bourdain’s longtime photographer David Holloway told People. ‘He would say it’s an amazing city to fall in love in.'”

Bourdain himself admitted he was lighter around Argento. “Oh, yeah. I’m happier for sure,” he said.

However, their relationship also caused some concern among Bourdain’s friends.

“Like a teenage boy, [he was] just absolutely lovestruck. He would have done anything for her.” That was a little red flag for some of his friends.*

. Except, according to TMZ, writing after his death, “Anthony Bourdain and Asia Argento seemed as tight as ever just last week… but it appears something changed within the last few days.”

“Just a few weeks ago, they were together in Florence, Italy… and still looking very happy and romantic.” But while Bourdain was shooting in France, “Asia was back in Rome, strolling around with a French reporter… There were photos of them holding hands and hugging.”

The URL for that piece in the usually reliable TMZ was “Anthony Bourdain-Asia Argento relationship split close.”

Of course, some people argue that Bourdain was simply depressed and should have sought medical treatment (as though he never had). Was it just a coincidence that, at age 61, he was “in love” when he killed himself?

I thought of all of this when I had lunch with a highly successful man my age. He was dating a woman with whom, he repeatedly said, “I want to spend the rest of my life.” Only they had broken up the day before our lunch. He kept texting her throughout our meal, preoccupied and depressed.

His story reminded me of Bourdain, who had dinner with a longtime friend and fellow chef the night before his suicide but was preoccupied throughout the meal, then he didn’t show up for breakfast the next morning.

Like my friend, for Bourdain, all of his other relationships meant nothing next to his love life. For Bourdain, this included, tragically, his 11-year-old daughter.

The whole idea of love addiction strikes people as amusing—as in, “Yeah, and I’m addicted to jogging, sex, coffee”—or some equally implausible (in their minds) object of addiction.

Except, withdrawal from love is the only addiction that causes people to kill themselves.

on the legacy of our 1975 book, Love and Addiction.

At the same time that the concept of addiction to processes has now become inscribed in the addiction lexicon, many people continue to find the idea laughable. Or, worse, they insist that only seeing a brain scan

can convince them otherwise.

But by the following criteria, love is the worst addiction, as Bourdain (and my friend) demonstrate:

And, as my friend and Anthony Bourdain also demonstrate, love addiction is worse the second time around when perhaps time’s winged chariot makes men and women more desperate.

* I have learned that Bourdain was “regularly suicidal

” after the end of his first marriage. That kind of reaction often repeats itself. Love addiction is the hardest addiction to quit.

Comments to this post in Psychology Today (and my responses):

“I suppose Anthony Bourdain was so naive about publicity… that he surely committed suicide because he saw a picture.”

Obviously, everything we’re talking about here is speculation based on the little information available, but it was not just one photo of an actress talking to a reporter. There were many photos of Asia being very cozy in various parts of the city, dancing together at a bar, holding hands, nuzzled up close together with this other man… I’m sure she and Tony had many conversations, texts, messages of some kind about it in the heat of the moment, maybe a blowout fight that led her to act out in front of the world, but we’ll never know.

Combine that with his depression, loneliness, heartbreak, and the humiliation of this tough man wearing his heart on his sleeve for all the world to see how giddy he was to be with this woman, and I can see it is one thing more than he could bear at that moment for this impulsive act.

This is not to blame Asia for his death. Regardless, the speculation will probably go on for years unless there’s some definitive evidence that comes to light (texts, etc) about his exact state of mind.

All this to say we lost a man who enabled people to experience the world at large through an articulate, open, and warm mind who will greatly be missed.

P.P.S. (Oct. 10): Ottavia Bourdain, Tony’s estranged wife, released a photo of family and friends clowning around a dinner table on the four-month anniversary of his death. One woman tweeted the following:

angie.eaton.norris: I’m just a normal homemaker, stuck in nowhere America. But with Tony, I got to travel the world. I got to see places that I never would have seen, learned about food and people that I never would have, except for No Reservations & Parts Unknown. Thank you for sharing your family photo. I grieve with you, your daughter and all of Tony’s friends and fans.

to Anthony Bourdain from two guys who met him randomly at a bar:

And yet, he was interested in us, in our stories.

As I shared details about relationships, past life victories, and most importantly, defeats, I felt Tony listening intently and without judgment. He expressed a level of interest I don’t get from my own friends or family.

Tony was present that night with us at the bar, just as we’ve seen him be with the people he meets along his travels. Whether with the people of the Congo or chefs in Los Angeles’ Koreatown, you get the sense that he’s paying attention. It’s not a routine or schtick, and we got to see that up close and personal.