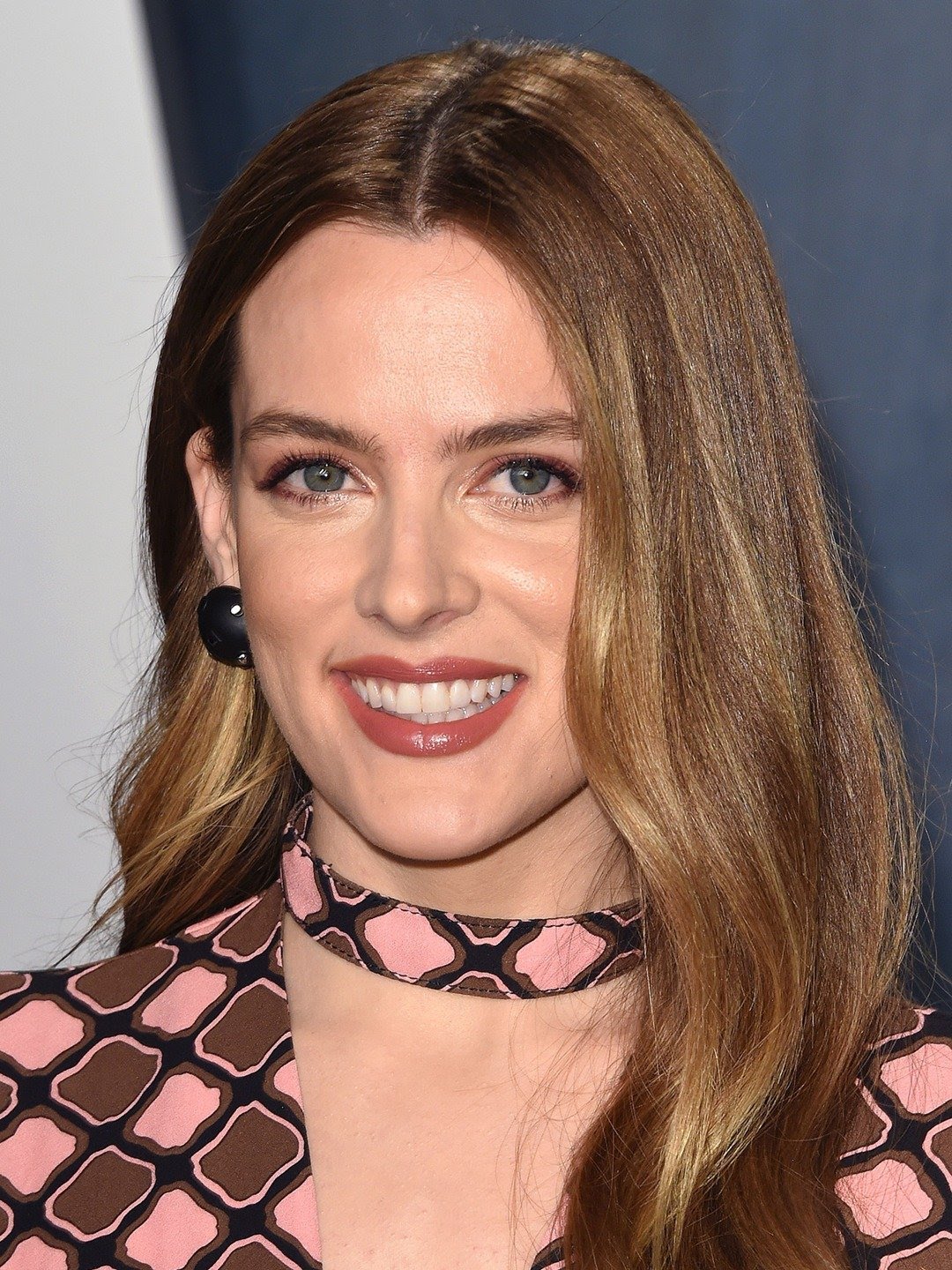 Nobody is actually immune to addiction, despite what you may read about brain surgeries, medicines, or other “magical” addiction cures. The best any of us can do to prevent and beat addiction is to live a balanced life, which we cover in our Life Process Program.

But we all know people who seem nearly immune to the plight of addiction: people who live by their own core values; who are purpose driven and have meaning in their lives; they are socially, emotionally and physically healthy; people who have a mature conception of themselves and outlook on life. These are people whose life circumstances suggest that it would be highly unlikely that they would ever form a relationship with an involvement that would detract from their current life balance.

Here are two examples of such people and why they are addiction-proof.

Vaynerchuk is co-founder of Empathy Wines and of the restaurant reservation software company Resy. He was born in Belarus and emigrated to America with his family at age 3.

“I grew up in an immigrant household with eight family members living in a studio apartment an eighth of the size of the stages I perform on now.”

Vaynerchuk didn’t speak English when he entered school. He was bullied mercilessly. He nonetheless felt (and feels) grateful to be in the U.S., where he could succeed if he worked hard.

“I’m always thinking, when people are complaining about not getting enough cream in their Starbucks coffee, ‘what on earth are you complaining about? You know you’re going to die someday right?’ This is just a failure of perspective taking’.”

His father worked every waking moment to support his family and eventually turned his business into a thriving one. Still, they had next to know money for most of Gary’s young life. Vaynerchuk didn’t do well in school, either. Instead, he concentrated on entrepreneurship, selling lemonade, raking yards, picking flowers and selling them, trading baseball cards. He enlisted other kids from the streets to work for him. “I wasn’t a primadonna… I didn’t have my friends sitting at the cash register or the lemonade stand because I didn’t want to do that kind of work.” (He did it because his entrepreneurial skills were needed to keep sales thriving.)

At age 13, he was making $2k-$3k a week selling baseball cards in malls. But at 14, his father needed him to work at the small liquor store he owned, bagging ice and so on for $2 an hour. Meanwhile, he barely graduated high school, and was regarded as an academic failure.

He saw how he could improve his father’s business. He started by putting ads in local newspapers/hanging up signs. (Oddly, at this time he began drinking wine for the first time, for promotional purposes.) As the Internet emerged, he started an email list and website, then a YouTube channel the year YouTube became a public forum. Almost  nobody watched, but he kept it up for over a year and people started tuning in.

Vaynerchuk eventually turned his father’s liquor store into a $60 million dollar business. He used his share of the profits to start VaynerMedia, an advertising agency that nets hundreds of millions of dollars annually

He feels he is successful, not because he makes a lot of money (although that’s part of it), but because he is able to make a living doing enjoyable work and being able to support his family.  He believes the predicates of his success are (a) giving value to consumers, (b) treating his employees well, (c) having a positive impact on the world. He now reaches out to teach others to do what he has done, including writing four New York Times best sellers.

Vaynerchuk famously says, “I don’t give a f**k if I go bankrupt tomorrow.” because he knows he has what it takes to start over. “Part of me secretly wishes that would happen because that’s where the fun is.” But he does care about the well-being of his family and the people he loves.

Oh, and he has one ultimate goal: he wants to buy the New York Jets NFL team: “I am putting my entire life into one day owning the Jets. But you know what’s messed up? I won’t be sad if I never do own them— it’s about the journey for me. What would make me sad is if I lost that dream and stopped trying.”

“The Zola actress has a knack for inhabiting working-class characters who feel real, even though her own family history is as outrageous as it gets.”

“I have an ability that’s really hard in this industry, to be kind of like, ‘Meh.’ I don’t take things too seriously.”

Keough made a list of major films for which she has been rejected: Directors of those films messaged Keough to offer apologies, but the rejections hadn’t bothered her much to begin with. “I don’t care if I fail,” she said. “I have this attitude of, ‘Well, then I’ll just do better.’” And she knows there are bigger concerns to spend that energy on.

“I’ve lived my whole life in a sort of existential crisis. The minute I got to Earth, I was like, ‘What am I doing here? Why is everyone just acting like this is normal?’”

Keough’s childhood wasn’t ordinary: Her mother Lisa Marie Presley (Elvis’s daughter) split from her musician father, Danny Keough, and married Michael Jackson. That marriage lasted two years, after which her mother married another famous person, Nicholas Cage, for two years. Her mother provided access to moneyed fortresses like Graceland and Neverland, while her father lived in trailer parks with mattresses on the floor.

But Keough had no qualms about visiting her father; once, she told him, “When I grow up, I want to be poor like you.” She enjoyed their life together. It was fun, like an adventure.

Zola—in which she plays an outrageous sex worker—was a big film for Keough. But it was interrupted by the pandemic. The film premiered in January 2020 at the Sundance Film Festival, and Keough was excited for it to come out that summer. She hoped that the movie would lead to new and interesting work in comedies, where could explore herself more. She has always been a searcher.

Then the pandemic disrupted her plans. And, as Keough adjusted to the layoff, her younger brother, Benjamin, killed himself.

What followed was “a year of feeling like I was thrown into the ocean and couldn’t swim,” Keough said. “The first four or five months, I couldn’t get out of bed. I was totally debilitated. I couldn’t talk for two weeks.”

Even now, Keough finds the tragedy hard to accept. “It’s very complicated for our minds to put that somewhere because it’s so outrageous,” she said. “If I’m going through a breakup, I know what to do with that and where to file it in my mind, but suicide of your brother? Where do you put that? How does that integrate? It just doesn’t.”

Keough didn’t rely on therapy or medications (or drugs or alcohol). Instead, she got through it with the help of her friends and her husband, But, she says, “I wanted to make sure that I was feeling everything and not running from anything. In fact, Keough recently became a death doula, a professional who guides people through the issues that arise at the end of their lives.

“That’s really what’s helped me, being able to put myself in a position of service,” she said. “If I can help other people, maybe I can find some way to help myself.”

And she has lately found things to treasure about her grief, too, though she admits that if someone had told her to expect a silver lining shortly after Benjamin died, she probably would have replied with expletives. “But there’s this sense of the fragility of life and how every moment matters to me now,” Keough believes.

How to resist addiction

Vaynerchuk and Keough have had lives as far apart as one can imagine—one a penniless immigrant, the other a scion to one of the most famous (and richest) men in America.

Yet they share certain prominent experiences and traits—both good and bad.

You now know how to be addiction resistant: face and overcome trauma, realize there can always be worse, strive for success but accept and learn from failure, reach out to others in order both to give and receive support.

And realize that you are always in charge of your own destiny.